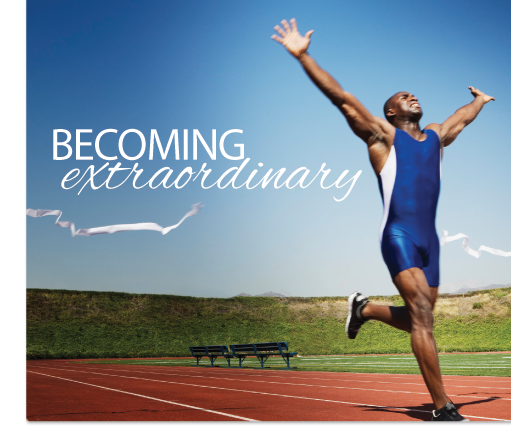 (The above is a sadly typical image, representative of most of what I found on the internet when doing an image search on this topic. The thirst to be extraordinary, it would seem, has produced reams of images and “inspirational” quotes telling people never to settle for the ordinary and that they not only deserve to be extraordinary but also to be treated in extraordinary ways by others. This thirst for significance is exceeded only by the delusion that fails to recognise that most of us – nearly all – are ordinary people who live ordinary lives.)

A number of articles have appeared lately in newspapers and on blogs regarding what might be called “the cult of the extraordinary”.

One woman wrote that growing up in the 1990’s, she was told that her generation was special. They were the most enlightened and most privileged, and the world was their oyster. They could do whatever they wanted. They were made for extraordinary things.

As it happens, she become a mother and a wife, and now spends her days doing housework and occasionally writing a blog. But, she writes, a voice goes through her head sometimes that what she is doing represents a failure in comparison to what she might have done.

What is interesting about this experience is that it was echoed in the same week in the Guardian newspaper. There, the writer described the tremendous internal pressure young people – especially those raised in the 1990’s or early 2000’s – feel to be extraordinary. Somehow that particular message has been conveyed to young people, probably through a variety of mediums: schools, entertainment, television shows, video games and so on.

It is a popular message, to be sure. “You can do anything you want to do and your life can be whatever you want to make of it“. But this is a destructive message not only because it is untrue, but also because in trying to make it true (or living as if it were true) places a person in an impossible situation. Nobody can suck the savour out of life at each moment. Nobody is able to live in a constant exhilarating whirlwind of accomplishment.

Something in our culture has transmitted a deep inward pressure within people to have an extraordinary material existence. The serial television show probably plays a role in this. Watching a cast of zany characters doing impossibly exciting things every evening, and then multiplying this by many orders of magnitude (for there are many such shows), might indeed contribute to a warped sense of possibly.

Those warped possibilities really are a parody of reality. For instance, the idea that all relationships and romance should be mind-blowing leads people to conclude that a partner they harmonise with but do not have “chemistry” with must be inadequate and unsatisfactory. The same goes with career. Since one’s career “must” be amazing, filled with every escalating achievement, a person who finds themselves doing a relatively simple job must conclude that it is unsatisfactory. If you’re not a CEO or a lawyer defending high profile clients, or a presidential aide, then something must be wrong!

Perpetual dissatisfaction results from the cult of the extraordinary. The dissatisfaction arises, largely, from the belief that there are other options out there which are better, more satisfying, and more remarkable than one’s current circumstances. Sometimes, of course, that may be true. But much of the time it is needless discontent.

It can be a great liberation to be able to say, “I’m ordinary and unimportant and insignificant, but I worship and know a Christ who is extraordinary, truly important, and wholly significant. And that is sufficient adventure and accomplishment to last a lifetime. It is riches beyond comparison. It is more than I could ever deserve apart from God’s amazing grace. To him be glory and praise!”

The Determined Pilgrim in an Arid Land
Blog at WordPress.com.
Loading Comments...