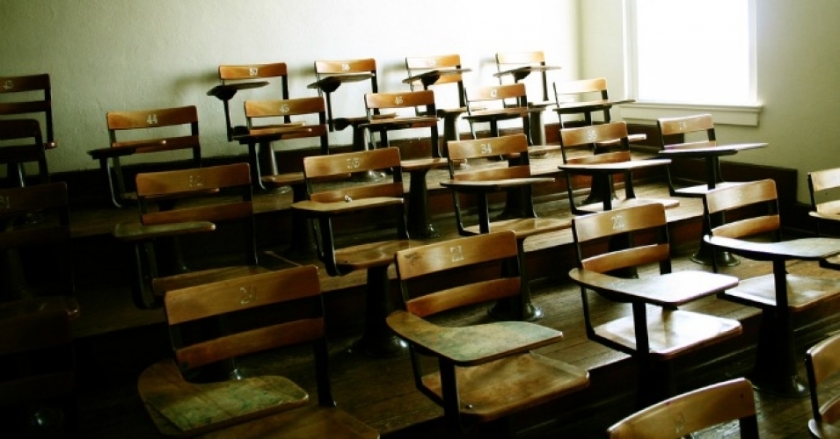 In the western world, education is in steep decline.

Over the past 20 years, literacy and numeracy attainment has fallen throughout the English-speaking world. Alarm bells have been rung in Australia, the United States, Canada, New Zealand, and the United Kingdom.

In the United States, it is now estimated that nearly 20% of the adult population cannot read. This disturbingly high statistic shows no sign of slowing. According to Concordia University Portland, there is a brewing education crisis in the United States. It cites data from the National Assessment of Educational Progress that shows:

Or, this means that more than half of all white students in the United States do not achieve proficiency in English, and for black students, a staggering 83% are not proficient readers.

Multiple test regimes confirm the steep decline in literacy in the United States, and an even worse decline in numeracy:

In 2013, the U.S. Department of Education’s National Center for Education Statistics released the results from the Program for the International Assessment of Adult Competencies (PIAAC). The PIACC provided an overview of proficiency in adult literacy, numeracy and problem-solving. In literacy, people born after 1980 in the U.S. scored lower than 15 of the 22 participating countries. Overall, U.S. adults aged 15-65 scored below the international average in all three categories— ranking near the very bottom in numeracy.

In some centres – such as Detroit – 93% of students are either illiterate or lag well behind expected literacy achievement. The reappearance of mass illiteracy in the United States has prompted documentary investigations such as Make America Read, that explores some of the reasons children are not learning how to read, and the efforts to help illiterate students as old as 14 to catch up. Despite some success, after-school programs and government interventions seem to make little difference. Metropolitan islands ofilliteracy are getting bigger in the United States.

In Canada, things are just as dire. In a manual produced by Canadian police services titled “Literacy and Policing in Canada: Target Crime With Literacy“, the researchers estimated that 42% of the Canadian population would not have the basic reading skills to perform everyday tasks. They concluded that the average literacy score for Canadians is “near the bottom of Level 3”. Level 3 reading is defined as the basic minimum for a person to be employable and able to cope in an information society.

In Australia, the Productivity Commission estimates the average Australian highschooler is now a year behind in mathematics compared to their 2004 counterparts. The trend toward lower and lower literacy attainment in Australia has sped up in recent years, despite the official claim that the overwhelming majority of students achieve national benchmarks. In response, the Australian Federal Government wants to introduce a phonics test for all first year primary school children.

The test consists of real and made up words in order to identify which children can actually sound out words, and which have simply memorised word blocks. When this test was rolled out last year in one Australian state, it found that only 43% of students reached the minimum benchmarks for reading.

Likewise, New Zealand has plunging declines with some surveys indicating that 40% of the population are unable to read at a functional level.

These figures stand in stark contrast to officially reported statistics that typically claim a literacy rate of 99%. No official statistical body in any Anglophone nation currently acknowledges that illiteracy – whether outright or functional – is widespread. How could this be possible when it runs counter to the research of academics and the lived experience of so many people?

Official statistics are often compiled from the results of national testing regimes that measure student attainment against “national standards”. These standards are typically set quite low and the vast majority of students are able to pass them. When the standards are raised, however, the number of students able to achieve them plummets drastically. This provides perverse incentives to both bureaucrats and teachers’ unions to not alter existing testing regimens.

Recently, this has been played out publicly in Australia. In an effort to improve literacy, state governments have introduced new, higher standards of achievement. The new standards caused a nearly 30% decline in reported student proficiency:

Since official statistics in Anglophone nations usually indicate that everything is going splendidly, it is left to international testing regimes to blow the lid on the state of education in these countries. These groups use their own achievement standards, which are much more objective. They conduct their testing on behalf of international economic agencies and are not beholden to domestic politics.

All of this has long-term implications for the economic and social future of Anglophone nations. The uncomfortable truth is that mass illiteracy – either outright or functional – is returning to these nations very quickly. This has serious implications for crime rates, civic participation, economic growth, the emergence of class systems, and religious observance. Worse still, governments seem to be able to do very little to stem the decline.

This is because the decline is largely driven by changing cultural values and is not entirely the result of government incompetence. Literacy and intelligence have been routinely ridiculed in youth culture for decades. Doing well at school is valued less than the affirmation of a social circle. Among working and middle-class people, two social groups that have experienced the steepest declines in literacy, entertainment is increasingly more valued than education.

I can remember a visible demonstration of this when I visited a number of houses in a newly-built lower-middle class suburb in a major urban centre near where I lived. While all of the houses featured expensive entertainment instalments – in one house I saw a cinema room with blackout curtains and a wall-mounted video projector – there was no evidence of any serious reading at all. Some houses featured a large television screen in every single room (even when this resulted in people having to squeeze sideways between furniture), but not a single bookshelf or bound book. If I saw mammoth television screens dominating entire walls of a living space, I could predict with a high degree of accuracy the near-absence of any reading culture at all. At best, I saw in one house a few trashy magazines.

Professor Neil Postman wrote the seminal “Amusing Ourselves to Death“. He foresaw the inevitable effects of a screen-based culture as far back as the 1980’s. It is impossible not to question the influence of technologies on illiteracy rates when they are chiefly visual, operated with icons, offer voice-to-text features, and largely replace text with video and pictures.

Satan hates the Lord and God’s people who bear his name. If he is to step up his assault on the church, part of his attack strategy will be to downgrade literacy in order to cut people off from the life-giving word of God. If people cannot read the scriptures they will not come to Christ. If people will not come to Christ they will remain alienated from God and the church will be weakened here on earth. In a double-assault, the devil seems intent on replacing literacy with an abundance of distracting devices that shut down the mind and drown out the conscience. This not only makes it harder for people to discover the reality of the person of Jesus Christ, but also makes it harder for them to detect error and manipulation.

Highly developed literacy almost always goes hand-in-hand with a developed reasoning ability. People whose lives are characterised by irrationality, thoughtlessness, and susceptibility to deceptive arguments often lack the literacy necessary to discover truth, and God’s wisdom that would empower them to work through it.

Whatever the devil is up to – and we cannot speculate about the mind of evil – within the next decades, the Anglophone world will almost certainly become less educated and literate than it was, with the rise in attendant problems like increased criminality, lower economic development, more ill-health, and multitudes who will give ready belief to “every wind of doctrine” that blows past. We see the outworking of this latter problem already in the astonishing rise of conspiracy theories in the Western world that grip people so tightly they hoard food, build shelters, and prepare for preposterous scenarios.

As Christians we have a duty and obligation bequeathed to us by the privilege of being entrusted with the Bible – the very speaking of God to us through the mouths of his prophets, apostles, and Son – to be concerned about literacy. We ought to cultivate a reading culture in our homes and lives. We must be deeply concerned to impress a high literacy standard upon our children. We must energetically promote reading in the world around us, and to be ever-vigilant in taking care never to lose our connection with the word of God which is sufficient to make us wise to everlasting salvation.