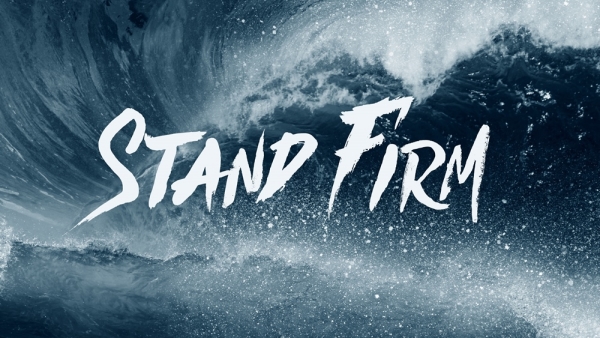 Alexandria Ocasio-Cortez gets a lot of air time in the media. In the progressive press she is lionised for her authenticity (she speaks to supporters on live stream while preparing dinner in her kitchen), and for the rags-to-riches story that she has made part of her political narrative. She seamlessly markets her personal life as part of her brand so that in addition to lifestyle coffee, we now have the lifestyle politician.

In the conservative press, however, Ocasio-Cortez is routinely disparaged for her ludicrous policy ideas that are unhinged from the real world of economics. When challenged she tries to overturn questions on the financial and technical details of her “Green New Deal” by assuming the costume of moral superiority. Anyone who wants anything more specific than blue sky vision statements has simply failed to grasp the scale of environmental apocalypse.

Predictably, Ocasio-Cortez is often pilloried for her preference of style over substance and her symbolic feel-goodism over nuts and bolts happenings. A classic example of this behaviour was seen her bizarre speech made to an audience of African Americans earlier this year in which she used an accent she does not normally use. With great indignation, she responded to critics that this was “code-switching”. She hinted that her critics did not understand why a person might use a completely different accent because they were not from the Bronx as she is.

The millennial generation is getting older and now starting to ascent to positions of power. Ocasio-Cortez is an example of the kind of politician that is emerging from the 1980’s and 1990’s era. These are reared on amoral TV shows like Friends and Buffy, and their values are shaped by their gender studies professors rather than religion.  So, if we want to get an early snapshot of our future politicians, Ocasio-Cortez is a petri-dish specimen of what is soon to come. This is not a comforting thought for the believer who already has cold shivers from seeing the sheer lack of intellectual engagement that new politicians exhibit.

Nonetheless, for the time being Ocasio-Cortez is easily disregarded by Christians because she is so evidently naive and intellectually ill-suited to leadership. Her petulant outbursts, the abundant self-esteem the gallops heedlessly past her mediocrity, her conviction that no valid criticism of her positions exist, and her regular retreat into the cocoon of identity politics is, if anything, an irritation. For the moment, she seems to pose no threat. She can be dismissed as a hapless cartoon character whose ludicrous schemes always hilariously unravel. She can sprinkle some ACME GO-SLO pellets along roadrunner’s path, or try to excite a roadrunner revolution by planting ACME dynamite at key locations, but in the end her wily schemes will go haywire and she will end up lodged in a cactus. Cue general laughter and merriment.

I think this sentiment is dangerous and misleading. We would be unwise to imagine that the upcoming generation of politicians are just comic relief who can do no lasting damage and do not imperil the Christian Church. The millennial politicians coming down the pipeline combine Ocasio-Cortez’s hostility to the foundation stones of Western civilisation with a ruthless willingness to bully and persecute anyone who dares to dissent.

This brings us to Brian Sims. A homosexual Democrat politician sitting in the Pennsylvania House of Representatives who hectors and abuses old ladies and teenage girls who disagree with him about abortion.

A few weeks ago, Sims spotted an older lady silently praying her rosary near an abortion clinic. Note that well, silently. This lady was not speaking. She was not waving placards. She was not even wearing clothing with slogans or logos. All she did was silently pray. It is about as inoffensive as you can get, and in a healthy pluralistic democracy, she should have been able to do so without being accosted.

Brian Sims could not bear the sight of this. He berated, insulted, and harassed her for about nine minutes:

During the course of Sim’s nearly nine minute video in which he stalks, taunts, harasses and accuses the unnamed woman, the state representative repeatedly attempts to shove his smartphone camera in the woman’s face. She quietly walked up and down the sidewalk during Sim’s outburst, seemingly unperturbed as she prayed a rosary.

By the end of his video, Sims had hurled the words “Shame,” “Shameful,” or “Shame on you!” at the woman at least 18 times; He said what she was doing was “Disgusting,” or “Grotesque” more than a half dozen times; He accused her of being “racist,” and repeatedly attacked Christianity.

Sims said to the woman that although she has a Constitutional right to protest, “that doesn’t  mean you have a moral right to be out here.”

Morality is very important to Mr Sims. Or rather, his morality is very important to him because it apparently confers upon him the right to bully, harass, and attempt to intimidate women on the streets whom he has judged have errant religious views. One cannot help but conclude that Brian Sims rather enjoyed bulling this woman. Bullies pick their targets carefully. In this case, the lady was hardly likely to turn around and pop him one, and her apparently meekness served only to galvanise the brave Mr Sims. He captured the whole exchange on camera and personally uploaded the video. He seemed to think that it made him look like a hero.

During his big moment, Sims repeatedly attacked Christianity. It is here that his comments reveal the real issue. Sim cannot stand Christianity and its moral teaching. He does not like Christianity that holds an unbending resolve in the face of hostility; a concern for doing what is right in the sight of God at all costs. It is this sort of muscular, manly Christianity that people like Brian Sims both fear and despise. His reaction to it is exactly what we witness in the New Testament in opposition to our Lord.

As the Western world sinks deeper into a terminal paralysis of sin out of which no person or movement can rescue it, we should expect to see this hated for the Church and for Christians to increasingly manifest in politicians. An unchurched and uncatechised generation will have no regard for Christ and no respect for his teachings. They will do what rebel sinners always do when elevated to power over Christians: they will persecute. The only restraint that prevents these politicians from doing more harm to the Christian community, at least for the present, is the decaying restraint of law.

At one point Sims insists, without the slightest hint of irony:

It’s self-referential satire. Brian Sims is a parody of himself. He is the Spanish inquisitor who sets out to roast other supposed inquisitors for their crime of supposedly roasting inquisitors. He is blithely ignorant of the fact that he is acting in precisely the way he describes this woman of doing.

Although Sims acknowledges that this woman had a right to be on the streets praying her rosary, he still appointed himself to the task of shaming her for it. Apparently in his world, his totalitarian, take-no-prisoners moral code allows him to believe he is right and anyone who disagrees with him is wrong. But nobody else may have such absolutist convictions.

It is amazing how entitled, self-regarding these uber-progressive warriors have. Their self-awareness is minuscule because they are not evidently in the habit of robust scrutinising themselves. Over and over again, they blast away at other people while demonstrating the same poor behaviour they claim to repudiate.

Christians should look carefully at Brian Sims behaving like a goon. We should listen to his sinister ranting on the streets and see in this the face of the coming generation of politicians. It is a generation of politicians that will think nothing of standing on the streets arrogantly haranguing folk about what Christianity supposedly is. They will not hesitate to directly target our faith. For millennial politicians know what Christianity is and woe betide any Christian who prefers the teachings of… well, the actual risen and ascended Christ to their warmed up puree of authoritarian progressivism in faux virtue.

“Iniquity,” the psalmist tells us, “surely abounds when the vilest men are exalted”. We must sadly live in the certainty that more of this sort of politician is on the way.