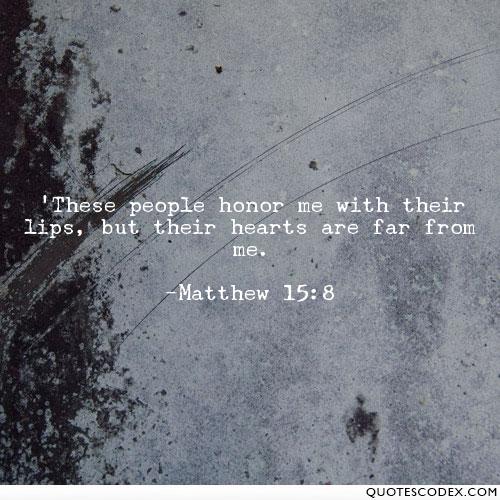 1. A great interest in social commentary: This kind of Christian is primarily concerned with the state of society and spends a great amount of his time thinking and reading about social issues. He may justify this interest (if he feels the need to do so at all) by reasoning that he applies his mind to interpreting the signs of the time according to a biblical paradigm. In other words, he is doing the work of a Christian.

The social commentary that he reads generally highlights decay and corruption within Western society (this kind of Christian is not really interested in what is going on in the East or the South of the planet; on the West matters to him). He may even restrict his reading to social commentary on a particular subset of Western society. The United States is favourite, followed closely by Europe. In the main, this dismal reading keeps him in a constant state of apprehension, or anger, or worry, or concern, or a general feeling of imminent collapse. In fact, he may mournfully enjoy the sense of destruction hurtling toward his own society at a furious pace. There is nothing so pleasurable to a certain type of mind than to clothe oneself in a prophetic mantle and then seek for evidence that one’s prophetic insight is being proved to be true.

2. A great concern about politics and ideology: This kind of Christian is a political animal – chiefly conservative and even ultra-conservative – who exhibits alarm when certain candidates are put up for election and predicts dire outcomes should certain parties actually achieve power.

Mixed up in the politics are the ideological hallmarks of a “Christian society”. Should these monoliths to freedom vanish it is always asserted that it will herald the hastening collapse and decay of society. Among the favourite ideological monuments are gun ownership, immigration control, and so on. These ideological shibboleths are almost always unrelated to the Faith, but torturous and expansive efforts are made to draw a line between, say, St. Paul or the prophet Joshua, to firearms. Or the need to abolish the welfare state because supposedly this is what Ecclesiastes had in mind, or even the Blessed Lord himself when he gave the Sermon on the Mount.

(It requires a particularly perverse mind to read the glorious Sermon on the Mount and derive an economic theory from it, nonetheless it is a staple claim.)

3. An unhealthy enjoyment of theological controversy and debate: This kind of Christian  is not only passionate about social and political issues, but he is often equally passionate about correct theology. Of course, he endlessly argues about political and social policy but he extends this same tribalism to his theology.

On the surface this sounds very commendable, for if something is not biblical and orthodox, then it is nothing. The message of scripture is the scripture, as John MacArthur rightly points out. Yet, it is precisely because it is ostensibly commendable to be deeply concerned about right doctrine that it is hard for the cultural Christian to recognise his behaviour as a malaise.

The intense enjoyment of arguing about doctrine – of proving oneself “right” over the numerous “heretics” on the internet (for most such debate occurs online) – is not, of course, congruent with actually loving truth or loving God. A love for controversy is a definitive sign of ego and of pride, not of simple passion for the things that are true. Often, these controversies are all this kind of Christian does, for which he clothes his activities in the word “apologetics”. And thus, we have blogs devoted to “debunking arguments”; and websites devoted to “exposing heretics”, and video streams on Youtube in which “bad theology” is unravelled. Not all of this is bad, of course, and there is such a thing as genuine apologetics that carries the true spirit of Christ, but a lot of it is unkind, nasty, pettifogging, and utterly without spiritual merit.

The more one loves controversy, the more certain it is that one is a cultural\traditional\institutional Christian who enjoys basking in some dimension of Christianity such as its theology, its morality, its hopes, its history, its doctrines, yet without ever having encountered God at all.

So, conversely, here are some of the negative symptoms of this kind of Christianity:

1. Disinterest in a devotional life revolving around the scriptures or prayer: Any person who would rather debate theology on the internet or read about a social disaster brewing in the United States than he would read the Bible or pray has a serious problem. It shows that the focus of his mind and his heart is nowhere near God, no matter how much he might delude himself into believing he is doing God’s work or is “evangelising” after his own fashion on the internet.

2. A greater interest in doctrine than in people: The Pharisees were always more interested in rules than they were in people. There is no more jaw-dropping example of this than when they spoke to an anguished Judas Iscariot when he realised that his betrayal would cost the Son of God his life. They expressed heartless indifference to the man’s soul or eternal destination. They were much more concerned with how to dispose of the refunded thirty pieces of silver.

Sound doctrine and a depth of prayer will always produce a love for people and a concern for their souls. True understanding of doctrine will show a commensurate and corresponding increase in love, zeal, gentleness and kindness. In contrast, the man who would tear a person apart and denounce them as a heretic because they are not quite sure about the doctrine of predestination, is almost certainly a cultural\traditional\institutional Christian.

3. A general disinterest in Christ: This kind of Christian almost always views Christ merely as a mechanism in a system of belief, or the linchpin for a certain lifestyle. There is no great pressing love for Christ; little time is spent contemplating Christ; there is little earnest desire to imitate his example; no great hunger for his person and for intimate knowledge of the Master. Thus, this kind of Christian resembles the Elder Brother in the Parable of the Prodigal Son – preferring to stand on the porch with his plans, his social commentary, and his ego without any pressing urgency to enter into the house and really have communion with his Father.